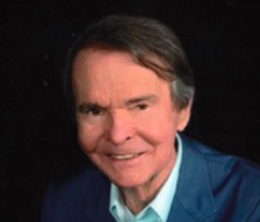 Thomas Meskell Hauser, 78, of Boca Grande and Dellwood, Minn., passed away suddenly and unexpectedly on April 24, 2019.

Tom was born in Saint Paul, Minn. on August 6, 1940. He graduated from St. Paul Academy in 1959 and later a received a bachelor’s degree in business and psychology from the University of Minnesota. After graduating, Tom joined Federal Cartridge and, later, Honeywell.

In 1969, Tom and two friends founded Mentor Corporation, a medical products company.  He was a director, vice president and treasurer. Mentor went public in 1970. Tom was the creative genius behind the company in both marketing and product development. Inc. Magazine frequently rated Mentor as one of the fastest-growing companies in America.

In 2009 Mentor was acquired by Johnson and Johnson. In the 1990s Tom became the chairman of the board and CEO of a private school in Sarasota, using his entrepreneurial skills that were needed by the school.

Tom loved living on the water in Boca Grande, Dellwood and Lake Superior. He loved boating, model trains, reading, spending time with his family and close friends. He had a one-of-a- kind sense of humor, strong opinions, and wasn’t worried about being politically correct. He will be deeply missed.

A memorial service was held at St. Andrew’s Episcopal Church in Boca Grande on Thursday, May 2. A Minnesota service will be held at St. Jude of the Lake Catholic Church in Mahtomedi on Friday, May 10 at 11a.m.

In lieu of flowers, donations may be made to the Paralyzed Veterans of America (801 Eighteenth Street NW, Washington, DC 20006) or the charity of your choice.