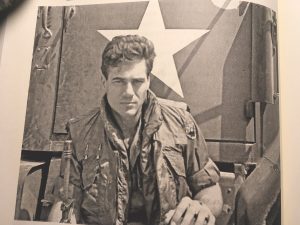 Robert was born on November 25, 1945 in Newark, N.J. to Albert and Jennie Fischer. He graduated from Union Township High School in 1963, and attended Seton Hall University, where he earned a Bachelor of Science degree.

After returning from Vietnam he continued his education at Seton Hall University, earning a master’s degree in Business Administration. Over the span of his active working career he spent nine years in civil engineer management, one year in pharmaceutical sales and 30 years as a self-employed entrepreneur in retail manufacturing and marketing.

In 2001 he retired to Florida with his first wife, Sarah Jane Minar of Plainfield, N.J., divorced in 2007 after 34 years of marriage, and in 2016 married Jane Brouwer McVickar of Boca Grande and Craftsbury Common, Vt. In retirement he pursued a lifelong passion for anthracite railroad history, by authoring several books and magazine articles concerning northeastern railroads.

Some of the publications he co-authored were articles in Pirate Coast Magazine and an upcoming edition of Gasparilla Island Magazine about his wife Jane’s family in Boca Grande, and several other articles featured in Pirate Coast. He also wrote a very popular book that can be found on bookshelves around the island and beyond called, “Boca Grande: Once a Railroad Town.”

His writing career culminated with the publication of “Combat Bandsman,” a Vietnam War memoir recounting his service in the Mekong Delta with the 9th Infantry Division.

In 2015 the Veteran’s Administration determined that Robert was afflicted by a cancer directly attributed to his wartime service in Vietnam, where he had been repeatedly exposed to the deadly herbicide Agent Orange.

He was preceded in death by his parents. He is survived by his loving wife, Jane; his stepson and dear friend David Peyton Jamison; his sister, Marianne Amelia Kane; his niece, April Kane; his nephew, Phillip Kane; and an adopted daughter, Jennifer.

In passing he departs this world with the knowledge he had enjoyed a blessed Christian life, and is moving on to the next with loving anticipation and hope of spending eternity with our Savior, the Lord Jesus Christ.

Bob was an honorable man, a talented author, and a funny, kind, warm, generous human being who was always concerned for his family first and foremost. He will be greatly missed by all who knew him.