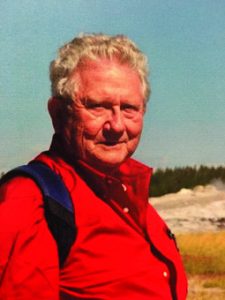 He was born in Fayetteville, N.C. in 1938 to the late Robert A. Melvin and Eunice Goff Melvin.

Capt. Melvin had a distinguished military career, serving as an Army aviation combat operations officer/pilot in the Vietnam War before transferring to the U.S. Coast Guard, where early in his service he served as a search-and-rescue helicopter pilot. During that time he was awarded the prestigious Distingushed Flying Cross for a daring rescue of eight men in heavy seas while flying under blizzard conditions off the Virginia coast in 1980. His USCG career also included service as Executive Officer, Air Station Kodiak, Alaska and Commanding Officer, Air Station Savannah, Ga. before completing his military service as Directer of Boating Safety, USCG Auxiliary in 1993.

Bob was also an accomplished hunter and fisherman, an Eagle Scout, and achieved a B.A. degree from Spring Hill College and a Master of Science in Education degree from Old Dominion University. He also served five years in management for Albemarle Home Hospice Care. He was recognized by the State of North Carolina with the Order of the Long Leaf Pine Award for extraordinary service to the State.