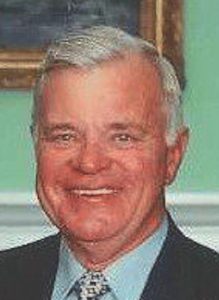 He is survived by his wife Mary Ann; his daughter and son-in-law, Katherine and Eric Brakman; beloved granddaughters Stella and Nora Brakman, all of Richmond, Virginia; and a loving extended family.

Richard grew up in the Fairview community and graduated from Maryville High School, The University of Tennessee and Rutgers University, and he earned a Ph.D. from Georgia Institute of Technology.

In his management career, Richard worked for American Freight, Texas Gas Transmission and CSX Transportation. He served on the board of directors of several organizations, including Maryville College, CACI International, CSX Transportation, Maryland National Bank, The Baltimore Opera, The University of Tennessee College of Business Advisory Board, and Dominion Resources.

For several years he chaired the boards of the B&O Railroad Museum and the Baltimore City Life Museum. Richard was an officer in the U.S. Army and served in Vietnam. Memorial contributions may be made to the Richard L. Leatherwood Scholarship Fund at Maryville College in Tennessee. Funeral services were held on Wednesday, June 28. A private interment will be at Grandview Cemetery.