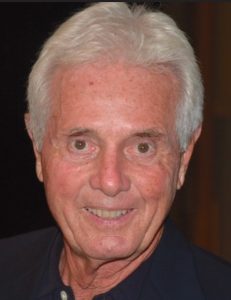 Richard “Dick” James Ryan, a long-time resident of Boca Grande, died peacefully at the age of 81, surrounded by his family.

Dick is survived by his wife, Jan; his five children and their spouses, Colleen Devorris (Philip), Dennis Ryan (Melissa), Terry Ryan (Juliana), Chris Ryan (Valerie) and Katie Ryan; and his five siblings, James Ryan, Reggie Wyles, Kevin Ryan, Carole Sclafani and Pattie Steigerwald. An avid fisherman, Dick loved the water, and he was devoted to his 13 grandchildren, who lovingly called him “Chard.”

Born in Buffalo, N.Y. on June 24, 1937, Dick was the oldest son of James and Mary Ryan. He attended the University of Notre Dame on a full Navy ROTC scholarship, graduating in 1959 with a degree in mechanical engineering. After graduation, he served for three years as an officer in the U.S. Navy, where he was on active duty with the Pacific Fleet during the Vietnam War. In 1964, he earned an MBA at the Harvard Business School.

In 1959, he married Suzanne Guarnieri, his high school sweetheart, in Warren, Ohio. Together they had five children and celebrated 51 years of marriage before she died of cancer in 2010, lovingly embraced in his arms. In 2014, he married the second love of his life, Jan Goetcheus, who was by his side at his death.

A successful businessman, Dick led the growth of seven Fortune 500 companies and was greatly admired by all who worked with him. Over the course of his career, he served in top executive positions and became widely recognized for his effective leadership of corporate turnarounds.

Active in the various communities in which he lived, Dick was the recipient of the White House President’s Volunteer Service Award in 2008 for his dedication to tutoring immigrant farm worker children. He delivered Meals on Wheels for several years; served as a Big Brother for a disadvantaged youth; and was an active member in Jaycees. Dick was a 20+ year member of Boca Grande’s Our Lady of Mercy Parish. He served as the past president of the Boca Bay Master Association, the Boca Bay Pass Club, and the Harborshore Condominium Association. Dick was a past director of the Gasparilla Water Association and a past board member at the Boca Grande Club. Dick served three terms on the Gasparilla Island Bridge Authority, including one term as the elected vice chairman.

A memorial service will be held at 11 a.m. on Saturday, Feb. 2, 2019 at Our Lady of Mercy Parish in Boca Grande. Memorial gifts in Mr. Ryan’s memory can be made to Moffitt Cancer Center (moffitt.org/give) or Tidewell Hospice (tidewellhospice.org/home/giving).

Arrangements are being handled by Lemon Bay Funeral Home, Englewood.