Patricia Ann Heisel, 84, died July 30, 2017, at her home at Walloon Lake, Michigan, surrounded by her husband of 61 years and five children, after a brief and brave fight against acute myeloid leukemia. 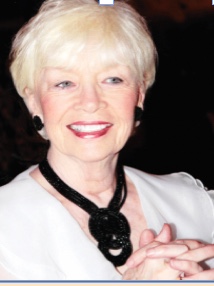 Pat and her husband, William, split their time between Boca Grande and Walloon Lake.

There will be a memorial mass in Boca Grande this fall.

In lieu of flowers, the Heisel family suggests memorial donations to the Roundup River Ranch in Colorado, a camp for children with serious and life-threatening illnesses. (roundupriverranch.org.)

A full obituary can be found at stonefuneralhomeinc.com.

Newer Post‘La Pirate’ has been found
Older PostLetter to the Editor: Many thanks to Dr. Jeff for all of his turtle work