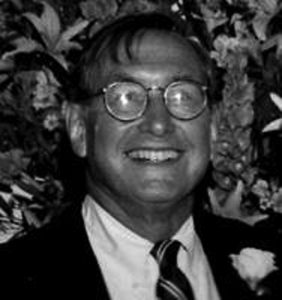 Born in Wyncote, Pa., Mitchell was the son of John W. Brock of Philadelphia and Mildred A. (Mitchell) Brock of Short Hills, N.J. He attended the Episcopal Academy outside Philadelphia, where he was the recipient of the “Tony Hansel” Prize for “cheerfulness, amiability, and responsiveness,” and subsequently he attended St. Paul’s School in Concord, N.H.

After a year of service in the Navy as a technician’s mate 3rd class, he attended Princeton University (class of ‘49), graduating in 1950 from the Woodrow Wilson School of Public and International Affairs.

While attending the University of Pennsylvania Law School, he married his beloved wife of 64 years, Gioia Chadwick Connell.

Following his graduation in 1953, Mitchell began his 40-year career as an attorney at Sullivan & Cromwell in New York City. He specialized in international law and became a partner in 1960. He worked in the Paris office from 1965-68, and was the partner in charge in the Tokyo office from 1987-90.

During retirement, Mitchell and Gioia split their time between Boca Bay in Boca Grande, and their Catskill Mountains home in Claryville, NY.

An avid sportsman, Mitchell played football at Princeton, enjoyed playing tennis into his ’80s, and was an expert fly fisherman who regularly fished the Neversink River in the Catskills.

Mitchell was a member of the Anglers Club, the Ivy Club, and the Princeton Club. He was a parishioner of St. Andrew’s Episcopal Church in Boca Grande and was previously on the vestry of the Church of the Holy Trinity in New York City.

He was preceded in death by his daughter, Marina Brock Hyde, and his wife, Gioia and his sister, Mary Tyler Whitney of Wyndmoor, PA.

Mitchell will be remembered for his unfailing optimism, his courtly manners, and his keen, analytical mind.

A graveside service was held at the Claryville Reformed Church on Saturday, August 19th. A memorial service will be held at St. Andrews Episcopal Church in Boca Grande on Sunday, Nov. 5 at 3 p.m.

In lieu of flowers, donations may be made to Helen Keller International and the Frost Valley YMCA, Claryville, NY.