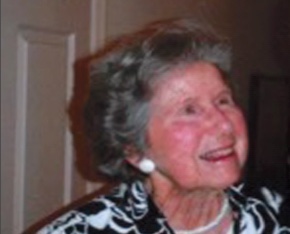 Mildred (Millie) St. Clair Pierce Kerr danced to join her “best beau” and husband, John, November 17, 2018. She died as she lived, with grace and joy.

She was born November 7, 1922 in Culpeper, Virginia. Millie grew up fox and bird hunting in Orange and Warrington, Virginia with her father (who died when she was 12). She attended Randolph Macon, graduated with a four-year degree in chemistry at 19, and married “Dear John” six weeks later, having met him at a house party/ dance. It was love at first sight.

Residing in Shaker Heights, Ohio, Bloomfield Hills, Michigan, Boca Grande, Florida, and Dorset Vermont, her list of friends, societal and business accomplishments and philanthropic endeavors is endless. But what will keep her in our hearts is her vocal, joyful appreciation for each day and everyone in it, her sense of fun and mischief (roller skating to the drug store and short-sheeting beds), her ability to make chores seem like privileges (“I’ll LET you take out the trash for me”), her ability to make everyone feel special, her appreciation of men of all ages (what a flirt), and her fierce loyalty to family and friends.

Asked at 96 what she was most proud of, she responded, “Being happily married for 69 years, and my six (6) holes-in-one!

She was preceded in death by her parents: John Reid Pierce and Georgie Rixey Newhouse and her son, William Yancey Kerr.

A service was held in January.