A memorial service for William Donald Rader will be held on Saturday, March 4 at the Boca Bay Pass Club Powerhouse, located at 801 Gulf Blvd. in Boca Grande. 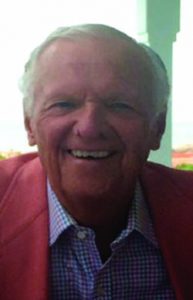 In lieu of flowers, donations may be made in Mr. Rader’s Memory to the National Council on Alcoholism and Drug Dependence (NCADD) 217 Broadway, Suite 712, New York, NY 10007, ncadd.org.