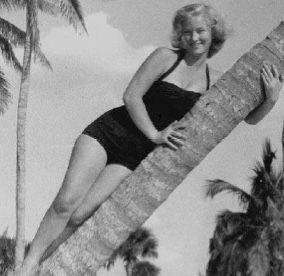 Mary Ann Wade, 87, of Fort Myers passed away on July 12, 2019. She was born to George and Inez Wilhelm on October 31, 1931 in Boca Grande. Mary Ann was married to her beloved husband Carl C. Wade for 34 Years before his passing.

Mary Ann was a graduate of Fort Myers High School. She was a member of McGregor Baptist Church, Ladies of the Elks and the 200 Club. She also was a wholesale buyer for the department store, M. Flossie Hill. Additionally, she cared for her children while a housewife for many years, along with being a nanny and caretaker for others.

She leaves behind her loving children James (Bonnie) Wade, Robert (Edna) Wade, Kirby (Mary) Wade, Angela Hammond (Bill), all of Fort Myers, Florida. Mary Ann’s son, Perry Wade, who was married to Judy, predeceased her. She also leaves behind many grandchildren and great grandchildren. Mary Ann grew up with nine siblings. All have passed away except for her brother Crosby Wilhelm.

Should you desire, contributions can be made to Summer Eliza Hammond College Fund at Sanibel Captiva Community Bank in lieu of flowers.