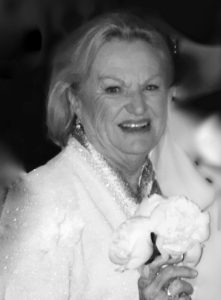 Marilyn Doris Thiemann Thurner, beloved wife, mother, grandmother and great-grandmother, was welcomed into heaven on June 7, 2018. Marilyn leaves a long legacy of caring and love and a life shared with her loving husband of 63 years, Bill.

Marilyn was born in Cincinnati, Ohio on April 13, 1933 and is preceded in death by her parents, Julius Matthias and Helen Hemsath Thiemann.

Marilyn and Bill married on November 27, 1954 and began their life together in Cincinnati, where they raised their seven children. They also resided in North Port, Michigan and Boca Grande.

Marilyn was grandmother to 25 grandchildren and three great-grandchildren. Marilyn was preceded in death by her brother, Howard G. Thiemann, and his wife, Charlotte.