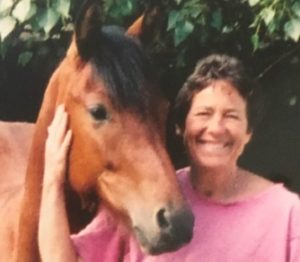 Local seasonal resident Lucile Turner James passed away peacefully at home here on the island on August 16th, 2019 after a 4-1/2 year battle with metastatic lung cancer.

Lucile was a 1969 graduate of the Seven Hills School in Lynchburg, the University of North Carolina at Greensboro in 1976 with a bachelor’s degree in chemistry, and Seattle Central Community College with an associate degree in surgical technology.

Her career in healthcare began with Planned Parenthood in Lynchburg, as executive director and sole employee and continued with Planned Parenthood in Seattle. She was employed with Swedish Medical Center in Seattle for many years as a surgical scrub tech, and she did intervening stints as an infection prevention specialist for Engenderhealth, a leading global women’s health organization, traveling to numerous developing countries to teach local medical staffs. She also co-developed an online distance learning course in infection prevention which she taught to medical staffs worldwide.

Lucile was an avid Western horseback rider who relished backcountry expeditions on her beloved horse, Cody. As well as a world adventure traveler to exotic destinations, she was an experienced scuba diver who had dived most of the world’s best dive sites.

In midlife she and David took a yearlong sabbatical with a focus on scuba diving, island-hopping across the South Pacific to New Zealand and Australia, then up through the Indonesian archipelago to mainland Southeast Asia.

For the last dozen years, Lucile was the primary care manager and companion to her mother. She had a familiar presence on the island and was a supporter of local cultural events, historical restoration and nature protection.

Memorials may be made to Barrier Island Parks Society or the charity of your choice.