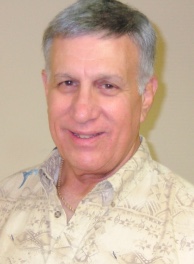 Beloved father, brother, mentor and friend to so many, Jon Paul Zorian peacefully passed away on May 23, 2019 at the age of 75. He leaves behind his son, Justin Zorian; his sister, Noelle Zorian Malcom; his nephew, Tom Heineman; his niece, Nancy Reinhardt (Shane); several great-nieces; nephews; cousins; Debbie Zorian; Sandra Zorian; and an abundance of dear friends and colleagues … not to mention his beloved 17-year-old shiba inu, Pepsi.

Jon was born on June 17, 1943 in Orlando, Fla. to John Jake Zorian and Adrienne Zorian, who predeceased him. He is also predeceased by his son, Jon “Patrick” Zorian.

A third-generation Florida native, at the age of 14 Jon started tinkering with cars and within one year could tear down an old-fashioned engine in a 1949 Ford. Learning engines inside and out was his early passion. Although he graduated from the University of Georgia with a B.S. in psychology, it was mathematics and geometry that he worked with daily while becoming one of the best engine builders in the racing business.

In 1968, Jon went into business with the legendary “Big Daddy” Don Garlits. He served as vice president of Don Garlits Inc., in charge or creating the Top Fuel engines used in the Garlits dragster. Together they formed an organization that produced racing products.

From there, Zorian Products, Ltd. was formed to include complete engine machining and parts for wholesale and retail sales. His customers were spread throughout the nation, South America and several European countries. Jon’s love for the racing industry never waned. His engines have excelled in Top Fuel Drag Racing, Pro Stock Drag Racing and Oval Track Racing.

The Zorian name is proudly displayed on many of the 90 racing cars located in the Don Garlits Museum in Ocala. In 1993, Jon was extremely honored to be inducted into the NHRA Hall of Fame. A mere five years ago, at the Barrett-Jackson auction in Scottsdale, Arizona, the sale of an iconic Corvette that won many races, including Sebring and IMSA Championship, sold for $2.6 million. Yes, Jon was the one who built the engine in this phenomenal car, named Heinz 57.

Growing up, Jon spent may years on the water with his father. His love for fishing resurfaced, and in 1986 Jon became a licensed USCG charter captain specializing in tarpon. He was a founding member and officer of the Boca Grande Fishing Guides Association. For the next 25 years, Jon thoroughly enjoyed every trip he made to Boca Grande, whether it was spending time with his charter customers or spending time with his family who would often join him. Jon also enjoyed serving as a member of the Florida Outdoor Writers Association, writing columns for the Boca Beacon and the Tarpon Times for over 25 years. Jon’s family would always marvel over his endless energy and passion.

He continued his “hobby” of serving as a tarpon guide while pursuing a career within the Fermin Automotive Group, a decision he made in 1998 that brought him over 20 years of accomplishments and prestige.

As a corporate trainer, Jon “pretty much ran the joint,” according to Preston Farrior, vice president of operations.

Jon was a legend in his own way, but nothing compares to the kindness and consideration he showed to all who knew him. He was honest almost to a fault, always putting everyone else before himself. His life demonstrated one of his favorite phrases, “Integrity is doing the right thing when no one else is watching.” This man who was admired and loved in so many ways will be profoundly missed. He will forever remain in the hearts of all those who knew him.