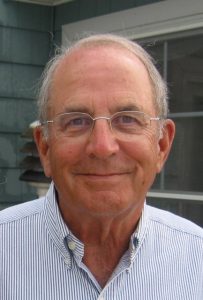 John was preceded in death by his parents, Ethel and Frank Mihm.

He attended Gilmour Academy and was a graduate of Carnegie Tech. He started in the metals industry with US Steel in Braddock, Pa.. before heading out on his own, founding and guiding Kincaid Manufacturing for over 55 years.

In addition to his business acumen, John was a devoted golfer, accomplished skier, dog lover and skilled painter and sculptor.

A lifelong resident of Pittsburgh, he enjoyed spending the last 27 winters in Boca Grande.

He served on several boards, including the Mattress Factory, and was a long-term member of the Pittsburgh Field Club, where he served as president, as well as the Lemon Bay Club. John was also a dedicated family man.

He is survived by his wife of 59 years, Susan (Stryker); and his children, Maureen McManus (Patrick) of Bedford, N.Y., Frank (Katie) and J. Andrew (Holly) of Pittsburgh; his faithful companion, Bella; and six grandchildren – Kate McManus, Louise McManus, Claudia Mihm, Henry Mihm, Maggie Mihm and Annie Mihm, who lovingly referred to him as “Grumpher.”

John will be remembered for his devotion to his faith and family, as well as his witty sense of humor.

The family suggests in lieu of flowers a donation to the Little Sisters of the Poor.