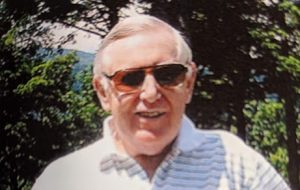 Kim graduated from Kirkwood High School, and summa cum laude from The University of the South in Sewanee, Tenn. (C’59), where he received a bachelor of science degree in cconomics. He was a member of Phi Beta Kappa, Omicron Delta Kappa and Sigma Alpha Epsilon. After graduating from Sewanee, Kim served in the United States Air Force, flying B-52 bombers for Strategic Air Command in Warner Robins, Georgia. He was honorably discharged as a Lieutenant. Kim went on to earn his master of business administration degree from the University of Richmond. Mr. Honey began his professional career at State Planters Bank in Richmond, Virginia and then moved to Carlton Industries as its CFO. In 1971, Kim founded TransAm Corporation, which went on to become one of the largest real estate development firms in the country.  Kim and his wife raised their four children in Richmond, Virginia, with summers spent at Virginia Beach.  He was actively involved in several civic and charitable organizations in Richmond. Mr. Honey became a resident of Boca Grande, Florida in 1987. As an island resident, he founded Lemon Bay Golf Club, spearheaded a group that purchased South Beach Bar & Grill, and, for a time, owned both the Bakery and the Loose Caboose restaurants. His contributions to the Boca Grande community are too numerous to name.

In the last few years, Kim had to give up golf, bridge and reading, but he never let this bother him. His positive attitude and tremendous sense of humor offset his hardships. He lived a life full of grace and dignity, and his hospitality to all people was unmatched. Highlights in his weeks included dining with his Lunch Bunch with their stimulating conversations and camaraderie, joining his wife in entertaining friends, and listening to Duke basketball and Redskins football games. Kathy Cardente, his caregiver of five years, played a huge role in keeping Kim active and laughing until his last day.