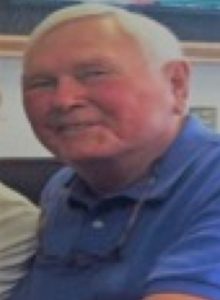 John Dean Compton of North Port, Fla. passed away June 25, 2018 surrounded by his family. He died of natural causes after a short period of declining health.

John was born March 20, 1930 to John E and Verdilla Compton in Menominee, Michigan. He graduated from Menominee High School, where he excelled in football, swimming and hockey. He attended Carroll College and the University of Iowa. John graduated from the University of Iowa College of Medicine in 1955. Upon completion of a family practice residency in 1956, he moved his family to Edgewood, Iowa. It was there that he served as the only physician in the community for 37 years. Dr. Compton was a true general practitioner. He was called upon for all of the community’s medical needs, from delivering babies to setting broken bones to treating diseases to making house calls. Because of the rural setting of his practice and the distance to the nearest pharmacy, he was given special privileges from the State of Iowa to dispense medicine directly from his office. Although remote, he stayed current in medical advances. He diagnosed the first two cases of Lyme’s Disease in the state of Iowa.

John and Carol retired and moved back to the Menominee area in 1994.  They spent summers on Lake Michigan and winters in Boca Grande, FL fishing the waters of the Gulf of Mexico.  Eventually Florida became their full time home. John and Carol moved to assisted living in 2016.