John “Jay” Cutler Niles, of Marblehead, Mass. and Woodstock, Vt., passed away peacefully at home on Sunday, July 9, 2017 with his loving family by his side. He was 54 years old. 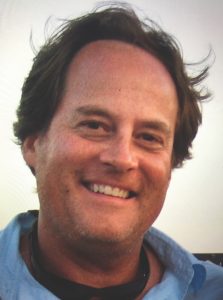 Born in Buffalo, N.Y., Jay spent the majority of his youth in Londonderry Vt. and Hanover N.H., where he developed his love for the green mountains and skiing. Jay attended Westminster School in Simsbury, Conn. and later took great joy in his role on their board of trustees. Jay went on to receive a B.A. in history from St. Lawrence University in Canton, N.Y., where he played varsity soccer and lacrosse. He also completed the Advanced Management Program at Harvard Business School.

Jay began his professional career with Bank of Boston before moving on to more entrepreneurial endeavors. He was an early member of the management team at First Marblehead Corporation, where he helped grow the company from its early days as a start-up to a publicly traded entity on the NYSE. He followed his passion of sustainability and alternative energy to several companies, most recently Comet Biorefining, where he led business development. He was an enthusiastic leader with a tireless work ethic and unparalleled ability to solve complex problems.

It was at St. Lawrence that he met his future wife, Cara, who shared Jay’s lifelong passion for the outdoors which they passed down to their three children. Jay was a gifted skier and a dedicated fisherman. He was a loving boat owner, spending countless hours in his last months restoring and enjoying his Boca Grande 26, SKATE.

Jay’s creative soul can be seen through his talent as a craftsman and general purveyor of all things that needed fixing. His kindness, quiet nature and love for life were felt by all whose lives he touched. Jay’s greatest joy was being surrounded by family in the many beautiful places life took him.

A celebration of Jay’s life will be held on August 8th at 1 p.m. at The Eastern Yacht Club, 47 Foster Street in Marblehead, MA.