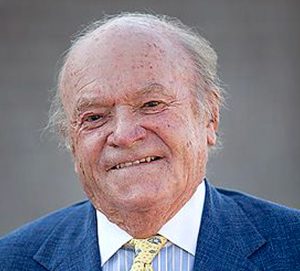 J  Pepper Frazier, an island resident of many years, passed away on March 6, 2019.

He was born to George and Marion (“Mimsi”) Frazier on July 5, 1945 in New York City. He was so sick when he was born that he underwent an emergency christening, from which he emerged as “Sean.” His father hated that name and, as he had survived with hyaline membrane disease, his Dad exclaimed, “That’s some Pepper!”  They had him rechristened as Jonathan (English for Sean) Pepper. However, Pepper himself grew to dislike the name Jonathan and had it changed to J Pepper – no period after the initial J, just the letter “J,” which actually stood for nothing.

His childhood was anything but ordinary. The family lived in New York City until his parents divorced when he was about 4, at which point he had already had the first of many broken legs from a congenital condition known as Osteogenesis Imperfecta (or Brittle Bone disease). His mother took him and his brother George to Nantucket where they lived year-round in the rambling family house, “The Hedges, in the small town of Siasconset at the other end of the island. He attended a one-room school house in ‘Sconset and endured various trials.

After three or four years on Nantucket he and his brother moved back to New York City to live in the Plaza Hotel for the next two years until he was ready to be sent off to St. Marks School in Southborough, Massachusetts. He attended St. Marks for six years, taking lots of Latin and Greek. He then went to Harvard where he spent the next six years getting into trouble of all kinds, joining the Harvard Lampoon, Hasty Pudding and Owl Clubs, and attending the odd class here and there.

After college he fooled around with various forms of employment on Nantucket. At first, he successfully paid for his summers by playing backgammon at Cisco Beach. Later he ran a landscape gardening company, a catering business and a summer painting business. He also had a store on the wharf with his friend Todd Vaughan called Pier Group, selling hatch-covered backgammon tables. He was also a founding member of the Madequecham Jam with the Ill Wind Band.

In the Summer of Love in 1968, a merry band of a dozen or so South Carolina college students descended on the heretofore undiscovered and utterly charming Island of Nantucket, looking for fun and adventure. Pepper immediately befriended them and introduced them to an insider’s Nantucket … and showed them the summer of their lives. More than 50 years later they remained admirers and friends and in awe of Pepper and grateful for a summer none of them will ever forget.

On July 12, 1974 he married Elizabeth (“Lady”) Park of Old Westbury, Long Island and Bermuda. After the marriage he started teaching school at Oldfields in Glencoe, Maryland, and then the Fay School in Southborough Massachusetts. Eventually the couple settled year-round in Nantucket, where he started his own successful real estate practice called J Pepper Frazier Company in 1980.

Pepper enjoyed traveling the world with his family. A few of his favorite trips included touring Australia and South Africa, and a trip through the canals of France to celebrate his son Dalton’s graduation from St. Marks School. Pepper enjoyed sharing his time between Nantucket, Boca Grande and Tuckers Town, Bermuda. He loved spending time with his close friends, who were really like family to him. He is remembered for his sharp wit and humor. If you were off your game, he certainly let you know.

He enjoyed dancing, biking, and his favorite sports teams (especially the Red Sox and the Dodgers), musical legends (especially Elvis and the Beach Boys) and sharing decades-old stories time and again with his favorite friends.

He was a true warrior through upwards of 40 broken bones over his lifetime, charming and torturing nurses up and down the east coast. He wasn’t willing to be politically correct and spoke his mind.

He is also survived by his brother, George Frazier and his wife Elizabeth “Weedie” Jacobs Frazier, and his nephews Sam Frazier and Ben Frazier.

Pepper was joined in heaven by Tiger Lily Miss Woo Woo, his beloved Pug, who also died on March 6.

Rest in Peace, “Pop Pop,” as his grandchildren called him.

In lieu of flowers donations to the Osteogenesis Imperfecta Foundation (oif.org) will be appreciated.