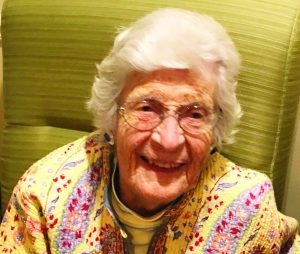 Helen was an interior designer at Marshall Field & Co. She was a longtime member of Middlefork Tennis Club in Northfield, Ill. and the Boca Bay Pass Club in Boca Grande.

She was the first woman elected park commissioner in Northfield and an avid community volunteer.

She was beloved by all.

A memorial service will be held on Saturday, Dec. 16 at 2:30 p.m. in Elliott Chapel, Presbyterian Homes, 3131 Simpson Street, Evanston, Ill.

In lieu of flowers, memorials may be made to the Chicago Botanic Garden or the Art Institute of Chicago.