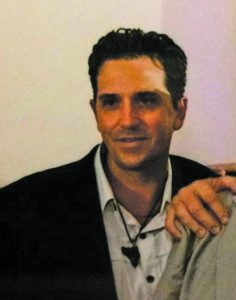 George “Ashley” Gray, 48, of Venice, Florida, passed on May 27, 2020, as a result of a motorcycle accident near Woodsboro, Maryland.

Born on June 7, 1971 in Washington, DC, he was the son to Mason W. Gray IV and the late Hannah Tyson Lee Sharp Gray.

Ashley was a talented artist and sculptor. He created beautiful birds carved from wood and then he would paint them with precision and style which gave them the “life like” quality of realism. The birds he would create seemed as though they could just “fly off.”

His talent coupled with an effervescent personality made him a star to behold and a bright light which illuminated and buoyed the spirits of all who knew him. Ashley always said of his many artistic creations, “It is not my work, it is God’s work, I am the lucky one because he does it through my hands.”

Ashley was driven, hardworking, honest and honorable. He had a good, loving heart and will be missed deeply. Like his bird creations appeared to have the ability to fly, his spirit has flown to his heavenly perch.

Memorial service will be held at Hilton Funeral Home in Barnesville as soon as our crisis situation has abated. 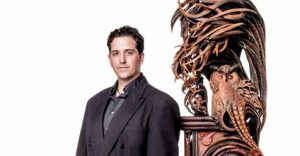 In lieu of flowers the family has set up a savings account for Ashley’s son, Tyson, that will be maintained by Woodsboro Bank. Contributions may be mailed to Mason W. Gray, IV, 11 Rosewood Ct, Unit 207, Woodsboro, MD 21798. Mason will be acting as custodian of the account. Make check payable to Mason W. Gray, IV.

Ashley was a regular at the Boca Grande Farmer’s Market. He sold roasted bourbon nut assortments.

He will be missed. A Gofundme account has been set up in his name. The link is gofundme.com/f/in-memory-of-ashley-gray?utm_source=customer&utm_campaign=p_cp+share-sheet&utm_medium=copy_link-tip.

Newer PostLETTER TO THE EDITOR: Sheriff thanks all who keep the peace, sends zero tolerance message to those who do not
Older PostPROFILE: Tim Banfell