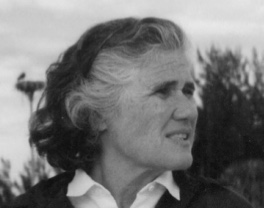 Devoted wife, mother, grandmother and great grandmother, Elizabeth M. Ringer, 95, passed away in peace at her home in Wayzata, Minnesota surrounded by her family on March 2, 2019.

Her husband of over 60 years, Walter, predeceased her.

She was preceded in death, in addition to her husband, by her parents – Howard and Mabel McMillan – and her brothers, Langdon and Howard McMillan.

Elizabeth graduated from Westover School in Connecticut and attended Northrup School in Minneapolis. Elizabeth worked in the OSS during World War II and served on the boards of Abbott Northwestern Hospital, Colonial Dames, active in the Minneapolis Junior League and other organizations.

The family is appreciative of the loyalty and caring support from so many for Elizabeth during her recent years and over her happy long and generous life. A celebration of life for Elizabeth was held on Saturday, March 9, 2019 at St. Martins by-the- Lake Episcopal Church (2801 Westwood Road in Minnetonka Beach, MN). Memorial gifts may be directed to Abbott Northwestern Hospital, Minnesota Historical Society, or donor’s choice.

Newer PostWhat a great ‘Taste of Boca Grande,’ and thanks to all who made it so
Older PostStrawberries and more at this weekend’s festival