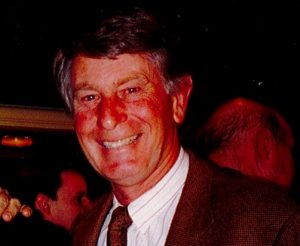 Don Ward, 76, a year-round Boca Grande resident, passed away Saturday doing what he loved – casting on the beach in the early evening.

Born in 1942 on Long Island, New York to Harold and Olga Ward, Don was destined to fall in love with all things marine-related. His father and his uncle were the greatest influences on Don, not only teaching him the finer points of fishing and hunting but, more importantly, the value of honesty and integrity.

By age 10, he had managed to acquire a small fishing skiff and several rods. By the time he was in high school, he and his buddies were working the docks at the local yacht club. In the summers, he would often transport boats up and down the Intercoastal Waterway – from Long Island to Florida and back.

After attending college in Colorado, he returned to Long Island and started an electrical contracting business. He convinced his father to join him, and so was born Don Ward and Father Electricians. From Long Island to New York City, their small business grew and prospered. Finally, Don’s father decided to retire and Don started contemplating his next career move. California was his focus.

Wasting no time, he hopped in his Honda and drove across country to California. In a local newspaper, he spotted a yacht brokerage for sale and soon made the purchase. The next decade he developed and grew this business, Flying Cloud Yachts, ending up by serving as the president of the California Yacht Brokers Association.

In 1985, Don married Candace Johnson in Oxford, Maryland, while cruising the Intercoastal Waterway from Florida to Long Island. The next year was fateful for the couple. While on a road trip to Sun Valley, Idaho, they fell in love with this extraordinarily beautiful valley set in the majestic Rocky Mountains. They decided to move to Sun Valley and make their life there. Don sold his yacht brokerages and eventually became a builder of high-end log homes under the name of Ward Timberline Construction.

In the late 1990s, Don and Candace bought their first property in Boca Grande – their “beach house” on the corner of Tarpon and Waterways. They became fulltime residents in 2012.

Like many on Boca Grande, Don was an avid sportsman, be it fly fishing, deep sea fishing, hunting, boating or golfing – these were his passions. He was a positive thinker who impacted others with his upbeat attitude. He looked for the high roads of life while traveling his beloved back roads.