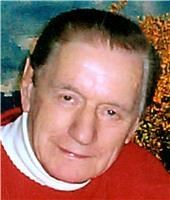 A graveside service was held Tuesday, August 11, at Evergreen Cemetery in Girard, Mich.

Charles was born December 16, 1925 in Coldwater, Mich. to Floyd & Marie (Campbell) Tucker. He served in the US Navy and was a veteran of WWII. Charles married Arlene Schulmeyer on May 12, 1946 in Coldwater. She preceded him in death on January 4, 2006.

Mr. Tucker graduated from Marion College in Indiana and continued his education at Emory University and University of Chattanooga. He pastored at churches in Homer, Mich., Boca Grande and Dalton, Ga., where he was also a probation officer. Charlie was selected as Dalton’s Man of the Year and one of the top 10 Men of the Year for the United States. He briefly lived in Orlando, later moving to Nappanee, Ind., where he started a successful RV and mobile home furniture business “Superior, Inc.” He operated the business for over 20 years, eventually moving back to Tekonsha, which has been his home for the past 36 years.

Charles enjoyed farming, researching and writing. He was a local celebrity author having written several books, including “My Kind of Town” and “Tears That Changed a Nation.” Charlie was a kind and loving man. He was a stranger to none and to know him was to love him.

Charlie is survived by his son and daughter-in-law Terry (Shirley) Tucker, his granddaughter Natalie Tucker all of Nappanee, Ind., his siblings Mary Henderson of Coldwater, Robert (Phyllis) Tucker of Union, Peggy (Fred) Pierson of Marshall and many nieces and nephews. He was preceded in death by his brothers and sisters; Floyd Tucker, Jr., Paul Tucker, Betty Groholski and Pat Case.

Memorials may be directed to the charity of one’s choice.