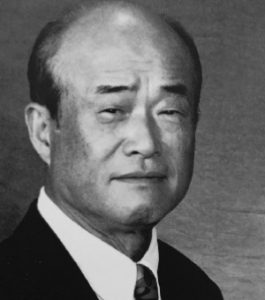 On April 28, 2018 Byong Uk Chung, MD of Boca Grande and formerly of Barrington Hills, Illinois, passed away peacefully after a long illness. He was born on October 20, 1934 in Seoul, South Korea.

Dr. Chung graduated from Kyungi High School in 1949 and did his premedical studies at Seoul National University. While  there, he was recognized by his professors and recommended for a scholarship to study medicine in the United States. While majoring in chemistry at Lewis and Clark College in Portland, Oregon, he met the love of his life, Myung Soon Woo, who was there earning her master’s degree in vocal performance.

He obtained his doctorate degree in medicine from Oregon Health and Science University, Portland, Oregon, in 1961 and completed his general surgery training and neurosurgery residency at Northwestern University (Feinberg School of Medicine) in Evanston, Illinois.

In 1967, Dr. Chung joined a private neurosurgery practice in Elgin, Illinois. He grew the practice, joining the staff of several hospitals in Elgin and the northwest suburbs of Chicago, serving and saving thousands of lives for over 40 years. His oldest son, Young, also a neurosurgeon, joined his practice in 1993.

Dr. Chung’s passion was teaching. He focused on volunteer trips to many countries, teaching and performing neurosurgery.

He and his wife, Myung Soon, lovingly raised Mimi, Young, Julia and Joseph (Joe). He instilled in them respect for others, a strong work ethic, curiosity, a love of nature, music and sports, and above all, a sense of humor.

Dr. Chung was a natural born athlete, excelling in tennis and golf. After immigrating to the Pacific Northwest, he taught himself how to ski, ice-skate and water-ski. He also loved boating, scuba diving and fishing. He appreciated music of all genres and taught himself how to play the piano and harmonica. He loved to sing and dance; he and Myung Soon would rock the dance floor with everything from the “twist” to the “tango”.

In lieu of flowers, donations may be made to The Boston Foundation (75 Arlington St., Boston, MA 02116, tbf.org) memo: the Byong Uk Chung Memorial Fund, which supports scholarships and charities designated by Dr. Chung, or to the charity of your choice.

Newer PostStay prepared during storm season with the GICIA
Older PostWhere to take Mom for Mother’s Day? Check this out …