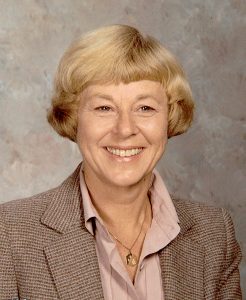 Mrs. Buettin was a native of Batavia, IL, daughter of the late Melvin and Ruth Kraft and wife of 69 years to William Harold Buettin, who passed away in 2016.

Arline was a graduate of DePauw University in Greencastle, IN, where she met the love of her life, Bill Buettin, after his return from WWII. She was proud to be a member of the Alpha Chi Omega Sorority and was an active participant in many of the university’s activities.

Arline was a very devoted wife and mother, and after raising her two sons and caring for her husband in Kettering and Marion Ohio, she and Bill retired to Boca Grande, FL in the late 1980’s. She spent the next 20 years enjoying island life with new and hometown/college friends. In 2003 Arline and Bill moved to Sarasota FL before moving to Naples FL in late 2015.

Mrs. Buettin and her two sisters were also the dearest of friends over her wonderful lifetime.

She was preceded in death by a younger sister, Virginia Scatterday.  Her youngest sister Sylvia Walker of Largo, FL survives.

A private memorial service will be conducted at 3 p.m. on October 6, 2018 at Westside Cemetery in Batavia IL.

In lieu of flowers, Memorial contributions may be made to the Wounded Warrior Project, P.O. Box 758516, Topeka, Kansas 66675-8516. woundedwarriorproject.org.