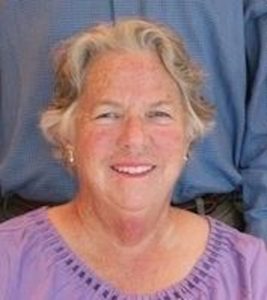 Anne A. Lathrop, 78, a lifelong resident of Northwest Ohio, passed away peacefully April 6, 2020 at the Kingston Residence of Perrysburg.

She was born June 16, 1941 in Toledo to the late Harold Milne and Caroline (Simonds) Alexander. Anne grew up in Ottawa Hills, graduated from Ottawa Hills High School in 1959 and attended Connecticut College for three years. She graduated from the University of Michigan with a bachelor’s degree in education and taught for a brief time until the birth of her first child. She then dedicated herself to her true passion of being a mother and a wife.

Family always came first with Anne. She was inseparable from her husband throughout their beautiful marriage. She was committed to supporting him in his work with The Lathrop Company and with philanthropic activities.

She rarely missed the activities of her children as they were growing up and more recently, she found tremendous joy in watching her grandchildren’s activities. She was a loving and compassionate person, who dedicated her life to taking care of her family.

Anne traveled with her family throughout the U.S. and abroad, creating many wonderful memories. Their most memorable trip was an African Safari which covered the countries of Kenya, Uganda, Rwanda, Zaire, Namibia and South Africa and included three hikes up a volcano to visit Dian Fossey’s Mountain Gorillas. Anne also loved the more than 30 years Bill and she spent at their family home in Boca Grande. She treasured visits from her family and those visits frequently included walks on the beach to search for sharks’ teeth and sand dollars. She also enjoyed the many wonderful friends that she had in Boca Grande and Toledo.

Her upbeat personality was contagious and she loved to make her friends smile.

Always interested in serving the needs of others, Anne was an active volunteer in both Toledo and Florida. Some of her favorite charitable work was with the Junior League of Toledo, Toledo Museum of Art, Ottawa Hills Garden Club and Boca Grande Woman’s Club. Anne was also a sports enthusiast, primarily for the thrill of competition.

She was skilled at tennis in her younger years and later became an excellent golfer. She challenged her children to attempt to beat her at golf, something they rarely accomplished. Anne also played in a competitive croquet league, enjoyed skiing and won the Mother’s Day tarpon fishing tournament in Boca Grande for the largest catch.

She was a member of Belmont Country Club, Carranor Club, Lemon Bay Golf Club and the Boca Grande Club.

Left to cherish the memory of this great lady are her children, John (Mari) Lathrop, George (Kathy) Lathrop, and Susan Lathrop Croy; grandchildren, John, Olivia and Nate Lathrop, Caroline, Sam, Elizabeth, Thomas, and Mary Lathrop, Darin and Grant Croy; and sister, Susan (Chuck) Michod. She was also preceded in death by her husband, Walter William “Bill” Lathrop, Jr. in 2019. Anne will be privately laid to rest at Historic Woodlawn Cemetery. A memorial service will be announced at a later date. In lieu of flowers, memorial contributions are suggested to the Boys and Girls Club of Toledo, 2250 N. Detroit Ave. Toledo, OH 43606 or the Ottawa Hills Schools Foundation, 3600 Indian Rd. Ottawa Hills, OH 43606. Please share condolences or fond memories with the family at walkerfuneralhomes.com.

A message from Anne’s Son, George:

Although my mother was born, raised a family and ultimately died in Northwest Ohio, Boca Grande was always her special place. For over 30 years she spent some of her happiest time on Gasparilla Island. She and my father, Walter W. (“Bill”) Lathrop Jr., started their time in Boca Grande in the Boca Grande Club. After several years, they built their dream home on Loomis Avenue, where they loved to entertain family and friends.

My mother also loved sports and had a very competitive streak. When we were growing up she bet us $100 every summer that we could not beat her in golf!  She loved playing golf at The Inn course, as well as the Lemon Bay Golf Club.

Besides golf, she also enjoyed croquet and tarpon fishing in Boca Grande. One story she loved to share was the about the year she won the Mother’s Day tarpon tournament.

My mother cherished ever minute on Gasparilla Island. After my father could no longer make the trip to Florida, my mother continued to visit. It brought so much joy, and charged her batteries to watch the sunset over the ocean.

Boca Grande will always be a special place for my family because we will always feel closer to my mother and my father when we are there.