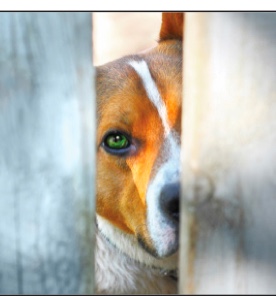 ■ SPECIAL TO THE BOCA BEACON

The building of a new facility for the Suncoast Humane Society on its new site in Englewood has made significant strides toward realization over the past three weeks.

A new building subcommittee of the board has been constituted (headed by island resident Ed Reefe) and has renewed contact with two nationally recognized architectural firms previously considered. Both have indicated their enthusiasm for participating in the process of designing a state-of-the-art facility.

Phil Snyder, executive director, and his team have reviewed the scope and cost of current projects around the country. This has given the board of SHS the confidence to set a $6 to $7 million target for building the new facility … a significant reduction from previous estimates.

“We intend to explore any and all possibilities to reduce the cost of construction, if it can be done without losing the quality of the building or space necessary to provide animals, staff and volunteers a safe and healthy environment,” said Snyder.

Here in Boca Grande, fundraising efforts have gathered real momentum. The February match of $250,000 funded by Jeanne and Bayne Stevenson, Pat Chapman and Nat Italiano was met and slightly exceeded as of February 28. A new March/April challenge of $250,000 has now been funded by Carol and George Milne, George and Renee Baker and Vicky Winterer. Leslie Mirani and her Boca Grande SHS capital campaign team will be providing further information on upcoming events and opportunities to participate.

Commenting on these developments, Peter Soderberg stated, “Elsa and I are very excited about these developments and believe that when many of us head north for the summer, our generous Boca Grande community will have raised more than $2 million to support this worthy cause, and that this effort alone will put us to nearly 30 percent of our needed funding. With the selection of an architect in April, finalization of building plans over the summer and the kickoff of other regional campaigns off-island now underway, we look forward to watching construction beginning in 2019.”