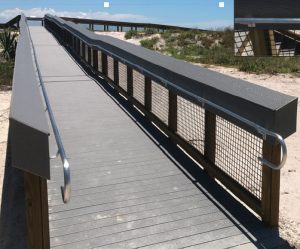 On Thursday, Aug. 17 Gasparilla Island State park officially opened the ADA accessible boardwalk on the south end of the island. Funds for this boardwalk were made possible through the Lee County Tourist Development Council. According to Parks Manager Chad Lach, special thanks goes out to not only the TDC, but also Park Rangers Shannon Black and Robert Longo for their part in working with the TDC to secure the funds for this much needed project. Photos provided by the Parks Service