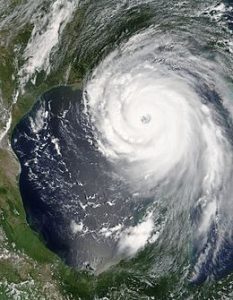 This week many of us watched in horror as Hurricane Harvey turned into a nasty houseguest who wouldn’t leave and left thousands of people in Texas and Louisiana homeless, displaced and, in some circumstances, dead. It was an unprecedented storm in the fact it stalled out over land and dropped enough rain to seriously be considered of bibical proportions. No one was prepared for that storm to just sit there and rain buckets continually for days.

Anyone who lives in an area surrounded by water can see this is a dire warning to all of us. The mentality that your home is strong enough to ride out a hurricane needs to be dropped, because more often that not it is the water that will kill you … not the wind.

We had a little flooding here on the island as well, I won’t belittle that. Homes were damaged, some streets were impassable and we had a “snow” day at The Island School. We even lost our beloved horizontal palm that hung over the wall at 7th Street, across from the dog park. I keep visiting the stump and mourning a little, I won’t lie.

I’m sure that’s part of the reason a group of fishing guides got together and organized a relief effort, complete with plans of a convoy and helicopters. Some local guys including Landon Mac, Dave Abel and Nate Weissman all got together and decided they were actually going to do something – something big time – to help our friends across the Gulf. They had a trucking company volunteer to haul their tractor trailer to Houston. They worked with Project Phoenix to load that truck with supplies. They had donated skiffs, trailers filled with water and emergency items. It was amazing to see.

But wouldn’t you know there were people criticizing their effort. “You’ll never make it through, you’re just adding to the problem,” some people said.

Who are these people I share a country with? Who says that to people who just coordinated a huge effort out of thin air? Are they saying the people of Houston with boats should have heeded the message of emergency personnel who told them to stay home? That doesn’t make any sense, because from what I’ve seen over and over again are government and law enforcement employees telling the media that for every person they had saved, the civilians of Houston saved three. Three times more, because there were three times more civilian helpers who were focused solely on rescuing people from rising flood waters.

This is what we are supposed to do for each other, this is what our soul is supposed to be screaming at us to do. If your heart isn’t feeling heavy right now, you are lacking. I’ll go right out on a limb and do it proudly to say that … you are lacking and you need to find out where the pieces of your soul went.

We have people berating the news for showing pictures of people and pets in peril, people who say they don’t like to see that on their television and shame on them.

The reason they show those pictures is to spur people to help, because believe it or not the world doesn’t hide its atrocities so as not to offend the delicate sensibilities of a few. Many people and animals were saved because of the news and social media, because those photos and video images burned into their brains and souls and spurred them to go save them.

There are so many good people in this country, so many people who sacrifice their money, their time, sometimes their health to help others. Quite often those people have little money of their own, they just pay it forward in the hope that good energy will boomerang around the universe and come back to them when they are in need. I applaud those people, I love those people. They keep me believing in people.

Always have a plan in place, especially if you care for elderly or disabled people, children or pets. Make a list of things to do in the different stages of storm prep. Have a list of pet-friendly hotels within a three-state range and start making reservations early. Call on neighbors who may not have a way to evacuate. Always have emergency supplies on hand that include a good pair of waders. Keep a list of local pet shelters in your area that are in flood zones and be prepared to foster animals if need be. If you have a boat, get emergency fuel supplies and be prepared to help evacuate your neighbors.

So many thanks are due to people like Landon, Dave and Nate for their amazing effort, and to Blanche Vedette of The Loose Caboose for organizing emergency pet supply drives, and to Coldwell Banker offices for coordinating a human emergency supply effort. You give us an outlet to donate items, not just money, and that’s important. Because you are local people it reassures us that our donations are going to get to where they’re needed.

Never forget that Texas could have been – and one day could be – us.

Marcy Shortuse is the editor of the Boca Beacon.