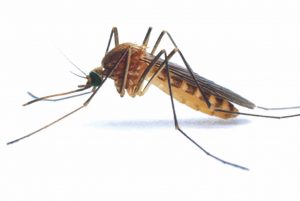 According to LCMCD’s Public Information Director Eric Jackson, the major part of the meeting included approving the budget for the purchase of fuel and insecticides for the upcoming year.

Other items on the agenda included an update on facilities, audit results and a financial report from Commissioner Farrar.

Helicopter daylight treatment operations are scheduled from 6 a.m. to 8 p.m., occurring or potentially occurring every day of the year from January 1 to December 31. The highest volume of helicopter traffic is usually more evident from April 1 to October 1 for treatment of larval mosquitoes coinciding with peak periods of larval development.

In Lee County, the areas that require greater frequency of activity are within a 30-mile area of the coastline from Boca Grande to Bonita Springs. These helicopter operations include inspection and larvicide treatment for mosquito larvae in their aquatic habitats.

Midges lay their eggs on the surface of water bodies that range from three to 12 feet deep. The eggs sink to the bottom, where they will hatch in two to seven days. Larvae that hatch from the eggs burrow into the organic matter or mud, forming small tubes and tunnels. The larvae look like thin worms and are often referred to as bloodworms, because they have red coloration. Over the next two to seven weeks, the larvae continue through their development to pupae and hatch into winged adults. Unlike mosquitoes, midges do not feed. The adults only live three to five days.

The trucks provide areas with low-  volume larvicide treatments between sunset and 2 a.m.

Notifications for scheduled treatments can be found at lcmcd.com. In case of a mosquito-borne disease threat or a weather-related declared emergency, aerial larviciding areas may be expanded.

If you are noticing an increase in mosquito activity, visit www.lcmcd.com to submit a service request.

Charlotte County ground treatment areas and aerial treatment zones have changed. Visit charlottecountyfl.gov to subscribe to notifications about when mosquito treatments are planned for your neighborhood. By signing up, you will receive time-sensitive messages via phone, email or text.

There are more than 40 different species of mosquitoes that frequent this area. Most prefer to breed in freshwater areas, including ditches and bodies-filled containers.

The Florida Department of Health in Lee County released a statement last week about an increase in mosquito-borne disease activity in Lee County. Several sentinel chicken flocks have tested positive for West Nile virus infection. No human cases of West Nile virus have been reported in Lee County at this time. However, the risk of transmission to humans has increased. West Nile virus is spread to humans through the bite of an infected mosquito. Lee County Mosquito Control and DOH-Lee continue surveillance and prevention efforts.

Most people infected with West Nile virus do not feel sick. About 20 percent of people who are infected develop a fever and other symptoms such as headache, pain and fatigue. People with mild illness typically recover within a week. Less than one percent of infected people develop a serious, sometimes fatal illness. Symptoms typically appear between two and 14 days after the bite of an infected mosquito. People over the age of 60 and individuals with weakened immune systems are at an increased risk for severe disease.