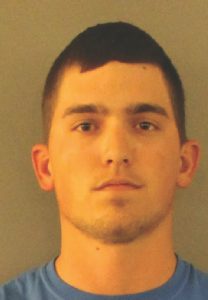 A Wauchula man received a 10-year sentence for his part in the 2016 boating death of Englewood man Dylan Gonzalez.

In the 20th Judicial Circuit Court on Wednesday, July 26 Dalton Matthew Reas, 21, pleaded no contest to charges of boating under the influence, so as to avoid a homicide charge.

Shortly after the accident occurred, Reas was arrested and charged by Florida Fish and Wildlife officers with boating while under the influence/failure to give information or render aid; vessel homocide/failure to give information or render aid; BUI/causing serious bodily injury to another (two counts); and violation of navigation rules, causing serious bodily injury or death.

In the early morning hours of Sunday, June 19, 2016 Gonzalez was fishing with his friend, Billy Pfannkuch, near Eldred’s Marina and Placida Harbor when they heard something coming toward them in the darkness. They tried to move out of the way, but a boat being driven by Reas was coming toward them at a high rate of speed in the dark with no running lights on, on plane, in a no-wake zone. The boat Reas was driving ran over the boat Gonzalez and Pfannkuch were in, killing Gonzalez and seriously injuring Pfannkuch.

Gonzalez and Pfannkuch were in a 19-foot Ranger flats boat, Reas was driving a 20-foot Lake and Bay with passengers Kristopher L. Johnson, Taylor N. Tompkin, Kayla Nichols and Rachel A. Coker. Coker sustained a serious injury to her leg in the accident.

After impact, Pfannkuch was able to climb back into what was left of the boat, call for help on the radio, call 911 and start chest compressions on Dylan. No one from the Reas boat called 911, though phone records revealed in court proceedings showed that several calls were made by Reas and his passengers immediately after the accident.