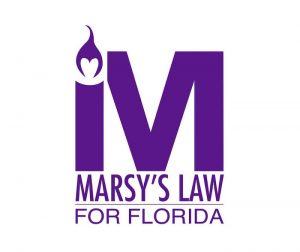 I get the police activity sheets from Fort Myers every morning, and I have to say that within the last year more and more information has been redacted. The reason for that is because of a law, called “Marsy’s Law,” that passed in Florida last November .

In 1983 a girl named Marsy Nicholas was murdered by her ex-boyfriend. After the killer was released on bail he threatened Marsy’s brother, Henry Nicholas, and their mother. Henry is a co-founder of Broadcom Corp., so he had the means to create and campaign for legislation called “Marsy’s Law” in California. The law’s popularity grew, and now several states have adapted it, including Florida.

Marsy’s Law provides crime victims and their families with a right to due process, and the right to be treated with the same fairness and respect that is accorded to alleged criminals. This includes a right to be “free from intimidation, harrassment, and abuse; a right to have the victim’s welfare considered when setting bail; and a right to proceedings free from unreasonable delay, among others.”

As this applies to our police beat, if someone doesn’t want their address listed in a police report, it can be redacted. If someone doesn’t want their name made public, it doesn’t have to be. We don’t put crime victims’ names in the newspaper anyway in a majority of cases, unless it is pertinent to telling the story accurately. We also don’t put exact addresses in our police news; we give a generic block locator.

I just want to make sure you understand that we won’t always be able to give exact locations of crimes that have occurred. It’s a small island, and everyone is everyone else’s next-door neighbor anyway.