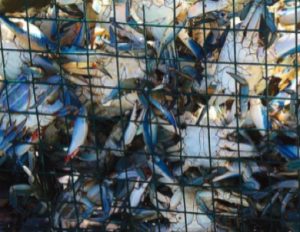 Recreational and commercial blue crab traps in state waters in our area were mandated to be pulled from the water and the season closed on July 10. Season will reopen on Saturday, July 20.

This closure will give groups authorized by the Florida Fish and Wildlife Conservation Commission (FWC) the opportunity to identify and retrieve lost and abandoned blue crab traps from the water.

Until July 20, blue crabs may be harvested with other gear such as dip nets and fold-up traps. Blue crab harvesters may also use standard blue crab traps during the closure if the traps are attached to a dock or other private property.

Lost and abandoned blue crab traps are a problem in the blue crab fishery, because they can continue to trap crabs and fish when left in the water. They can also be unsightly in the marine environment, damage sensitive habitats and pose navigational hazards to boaters on the water.