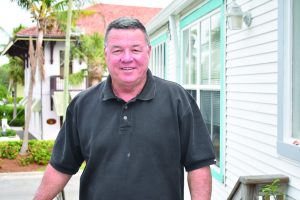 BY MARCY SHORTUSE – Fourth-generation islander Mark Futch tried desperately to succumb to retirement, but his plan has failed miserably. This may mean good things for island residents, though, who have longed for the convenience of a plane taxi service to pick them up (almost) right at their front door.

Futch, a pilot with 29,000 total flight hours under his belt since he started flying in 1972, has teamed up with Shoreline Aviation to provide Boca Grande residents with a charter service that will pick them up at the 4th Street seaplane dock. The seaplane can then take customers to the Florida Keys, the Bahamas or any major airport in Florida. 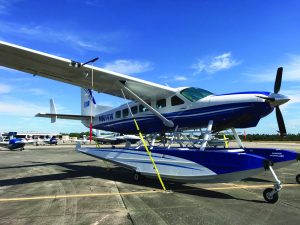 Futch, the operator of Boca Grande Seaplanes since 1987, operates from the island and from Punta Gorda. He is the eighth pilot hired through Shoreline Aviation, a worldwide private air charter company based out of Marshfield, Mass.

The plane Futch will be flying is a well-equipped five-passenger seaplane that is kept in Bartow.

Having this service could make travel a lot easier for a lot of islanders, Futch said.

“These are beautiful, air-conditioned and turbine-powered planes,” he said. “We have an inter-island certificate for travel in the Bahamas, and we can do some nice day trips down to the Keys.” 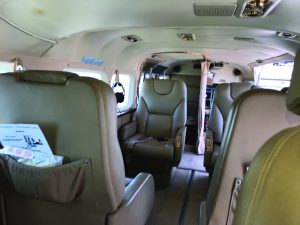