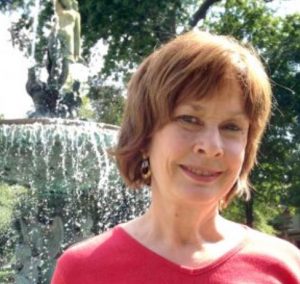 Sena Jeter Naslund and Flora Naslund Schildknecht are a mother and daughter with a shared passion for writing. They will be speaking at the Johann Fust Library on Thursday, Dec. 5 at 4 p.m.

Naslund is the best-selling author of several novels, including “Ahab’s Wife,” “Abundance,” “Four Spirits,” “The Fountain of Saint James Court” and “Adam and Eve.” She will read from her most recent work in progress: “Wreath, a Novel of American Civil War and Peace.”

“The book is about the period leading up to the Civil War,” she said. “I don’t usually speak about work that has yet to be published, but I feel so at home in Boca Grande, and it’s such a literary community, that I want to share some of the passages.”

The novel focuses on historical characters, with an equal emphasis on the north and the south.

Naslund travels a great deal to promote her books and attend book signings. She recently was featured at events from Seattle to Miami and Maine to San Diego.

“It’s a lot of time on the road, but I really enjoy meeting people who are fans of my work,” she said.

Naslund has spoken at the Johann Fust Library many times before. She’s been coming to Boca Grande since 1999. She’ll be traveling with her daughter to the island. Both reside in Louisville, Kentucky.

Schildknecht has published fiction in The Louisville Review, The Chaffin Journal, and Sisyphus. Her work has been nominated twice for the Pushcart prize. She earned a master of fine arts degree from Spalding University, where she studied fiction and screenwriting. She currently teaches dramatic writing at Bellarmine University, a private Catholic university in Louisville, Kentucky.

She will be speaking about her debut book, “Megafauna: Stories and Screenplay.” There are seven stories filled with memorable characters who are searching for home, or, put another way, a sense of belonging. None of the characters belong, either by their own doing or by circumstance – or both.

“From a child who longs to know if there is a moral order to the universe, to a 90-year-old man about to be removed from his prairie home as he recalls a violent and cruel boyhood. The stories vivify their subjects but also spotlight corners of the reader’s own psyche with a terrifying brightness.”

The collection begins and ends with stories of young females encountering and hoping to triumph over the worlds they have inherited. Readers will come away vowing to be more perceptive and compassionate, both at home and abroad.

It took two years for Schildknecht to compile, write and publish “Megafauna.”

“Having a background as a photographer, my work is really connected to image,” Schildknecht said. “My mother has been a great inspiration to me as a writer – she encouraged me to write poetry at a very young age.”

Schildknecht said she is honored to be invited to speak in Boca Grande.

“It’s such a vibrant and literary community,” she said.

Newer PostA ‘Space Odyssey’ with Dr. Kathryn Sullivan is a once-in-a- lifetime experience, and the BGHS wants you to attend
Older PostEnglewood Bank & Trust Thanksgiving Art Festival this weekend … many kinds of art, lots of gift ideas as well