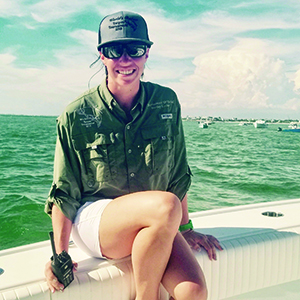 To the Editor:
The World’s Richest Tarpon Tournament is an annual event that holds a special place in the hearts of the people who have experienced it. There is big money, thrilling competition, and fun had by all in the streets of Boca Grande. The Boca Grande Area Chamber of Commerce is proud to host the 2018 World’s Richest Tarpon Tournament. We are so grateful to our generous sponsors, committee members, conservation partners, judges, board members, chamber members, volunteers, artist, art festival coordinator, musicians, captains, mates, anglers, visitors and the Boca Grande community who made this tournament come to life. Without your investment, time, talent and support, the World’s Richest Tarpon Tournament would not be possible. Thank you!
Over days one and two of the tournament, there were 113 tarpon caught and released in a field of 29 boats. There were two broken reels and one broken rod that contributed all three fish to that grand total. The radio traffic never stopped, the committee boats were firing on all cylinders, the competitors performed with respectful sportsmanship, and God rained down silver on the Boca Grande Pass.
Watching this year’s World’s Richest come together brought on a myriad of feelings for me. I can’t tell you how many times someone would run out of their store and say, “Hey! Is there anything I can help you with?” or how at the end of every event this week, from the “Grande Tradition” history event to the Captain’s Party, it would be cleaned up in 15 minutes because the town pitched in to help. The feeling of small-town community was overwhelming and still brings tears to my eyes. From the bottom of my heart, I would like to thank everyone who has ever been involved in this tournament for allowing me the opportunity to be a part of this 36-year Grande Tradition.
Love,
Wesley Locke,Tournament Director
2018 World’s Richest Tarpon Tournament

Newer PostA great day for the Fishery property
Older PostAnother Ladies Day in the books, thanks to many