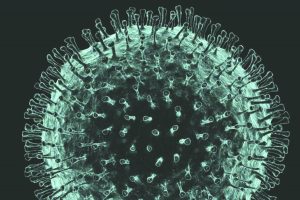 We can’t seem to get over the lunacy. The panic. The illogical decisions.

While the coronavirus was most active, everyone was told we don’t have to wear masks, even though the N95 mask blocks 95 percent of particles, perhaps including the virus, because there was a shortage for healthcare workers, who use one for five minutes and then throw it away. Don’t you dare mention the sanitizing machine Battelle Labs created years ago that the FDA won’t approve. It is fairly simple. It uses a hydrogen peroxide mist to kill everything. I’d bet you have a bottle of that in your medicine cabinet and could have used a hand sprayer to spray some on your mask. I’d bet hospitals could have jury-rigged sanitation equipment using this concept while we waited for production to catch up with the shortages created by China.

Millions of people have some of the masks in their basement, hiding in a box, because they bought them when they were doing dusty work around their house.  And millions of companies have them in stock for the same reason. But these are OSHA-approved N95 masks, not NIH-approved N95 masks. What is the difference? Probably solely which government agency approved the label. And what about N99 masks? Yes, they exist. I have one. Wouldn’t they have been even better? Why weren’t we told to use the old, dusty masks? Perhaps because we won’t get sick?

But now that the virus has tapered off, or already been caught and passed by a large percentage of the population (the CDC now estimates 35 percent of the population), we are told we must wear something over our face that won’t block much of anything.

Remember when the virus was more powerful than a tornado, able to spread 21 feet through the air and hover for hours waiting to catch you? And live on any surface for days or perhaps, they speculated, weeks?  Now, the virus has decided to behave like a cold.

Someone who is sick has to be immediately next to you and cough on you. Or cough on their hands and then shake yours, after which you immediately wipe your eyes. That’s a lot closer than six feet away, which is another arbitrary number.

So, assuming a person can have and spread the virus while displaying no symptoms, a still unproven claim, what is magic about the guideline/rule of keeping the group gathering size at 10 or less? If the virus was as deadly and contagious as it was being portrayed, and able to be spread by asymptomatic people, shouldn’t the maximum group gathering size have been 1?

Where are the reports of 10 people all getting sick at the same time after sharing a meal, cocktail, being in the grocery store at the same time, etc? Another obvious arbitrary number with no basis in fact.

The sole close-contact reports are of people who are locked in at home. They caught the virus from each other, just like any other cold.

Sunlight kills viruses. Everyone knows this, or at least everyone except government scientists and politicians. Yet millions of people who work outside were told they could not go to work, because they weren’t essential. Essential for what? That has never been explained. Their job was certainly essential for their family.

Vitamin D, which our body produces when exposed to sun, helps protect us against viruses. Sunlight kills viruses, and vitamin D helps our bodies fight them, yet millions were told they couldn’t go to the beach or park, use their boat, particularly if it had an engine, plant a garden, etc. Who created this folly? Sounds like the mushroom theory at work; keep them in the dark and feed them BS.

But yes, the virus has spread more than it should have and been involved in some manner in the death of more people than necessary. Why? Because the governors of some states – including New York, New Jersey, Michigan, Illinois and California  – sent sick people to nursing homes. I’d call that murder by political fools, not death by virus.

This week the CDC stated that the death rate might be 0.26 percent, not the 3.4 percent still claimed by the WHO. This, of course, is still wrong. Why? They are still using the inflated dead numbers where anyone who dies and had the virus or is suspected of having the virus is reported as dying from the virus. CDC guidelines established this reporting criterion. And the Feds double down to ensure compliance by paying hospitals $5,000 extra for each reported death by virus. What is the likely real death rate from this virus? Perhaps 0.08 percent.That is less than the average flu season.

Millions of people are still suffering under absurd, logic-defying arbitrary rules. Some governors have proven to be more creative than George Carlin (do a search and enjoy his classic routine on viruses).

The world has had a cold caused by the greatest scam ever devised. The damage to economic activity and people will continue for years. And Democratic Party governors of large, economically important states are still working to accomplish further damage to our country’s economy. Why? There is only one logical conclusion. Continued lunacy. Some irrational belief that this is how they can ensure the President doesn’t win re-election.

Note: Opinions expressed in letters to the editor are not necessarily the opinions of the editor or publisher of this newspaper.

Newer PostBGFGA announces Jay Joiner buckle winner to be announced after Quarantine Classic on June 5
Older PostLETTER TO THE EDITOR: This isn’t the Boca Grande many know and love