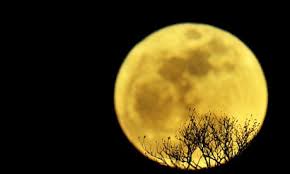 Indeed the lunatics are out now, whether the moon is full or not. Like all lunatics who rant and rave, they choose topics they know little about. Usually this is a harmless affliction; in the midst of a health pandemic this is exceedingly dangerous, and unfortunately, often fatal.

The very first pronouncement that wearing face masks was unnecessary was a terrible mistake, and one that has proven very hard to walk back now. Without being a smarty pants know-it-all, I confess that seeing all those Asians, everywhere masked, one had to wonder if they were on to something after all. Could it be that dealing with those viruses that started in their part of the world … those swine and avian strains had taught them something?

The virus appeared in South Korea on the same day in January that it did in Washington state in the United States. Mask-wearing South Koreans, with a population somewhat over 51 million, have had 270 deaths to date. Applying the same ratio to our population of 330 million, had we done the same mask wearing, at the same exact time, 1,747 of our citizens would have died instead of over 100,000.

The Battelle laboratory cited in last week’s letter to the editor WAS given approval to decontaminate N95 masks on March 29 of this year by the FDA. Its process mirrors, if it is not identical to, the process for decontamination used by the Duke University hospital system. However, this process uses very specific machinery that sprays hydrogen peroxide in a very, very, fine mist and uses a very specific drying procedure.

If one were to just spray some hydrogen peroxide on one’s N95 mask as suggested in last week’s letter, it would be analogous to injecting one’s self with bleach. In the latter case you might die, thus no longer needing a mask, but should you not, at best the mask’s ability to filter would be compromised, and at worst it might disintegrate.

The Yale New Haven hospital complex places their N95 masks WHICH EACH PROVIDER USES ALL DAY (not for five minutes as last week’s writer alleged) into a paper bag for 24 hours and then proceeds to reuse them. At least that was the drill while the PPE was at its lowest availability and the virus was at its peak. I doubt it was any different in any other hospital when they were very low on PPE and very high with COVID patients.

In addition, no one, let me correct that, almost no one, needed to be told that the N99 mask was an N95 on steroids … it filters even more particulates than N95 and was sold out everywhere immediately to everyone who ever did any manual work for any reason: work, hobby or those who were just plain smart! I know, because I tried to buy one and failed.

The Coronavirus is NOT A COLD and should not be referred to as such, even facetiously. If it were, the Boca Grande Health Clinic would not have closed its doors to anyone who exhibited corona symptoms, telling them to call a phone number connected to the appropriate people in Sarasota. They knew what COVID pandemic meant, and if they were felled, who would take care of all the other health needs of the people on this island? Somehow I find it hard to believe that the Clinic is made up of three easily duped professionals who failed to see what we had here was a COLD.

The Coronavirus is a flu … analogous to another flu … the so-called Spanish flu of 1918, not the flu you took your flu shot for this last season! Why is it not the same? Because you ARE PROTECTED from that flu by the flu shot you took. We have no vaccine as yet for THIS FLU.

This flu, sans vaccine, is like the one that killed 20 million people when the population of the world was 2 billion, not the 7 1/2 billion we have right now.

Some people, including the writer last week, would have you believe sunlight and vitamin D offer significant protection from COVID-19. Researchers at the University of Southern California and Johns Hopkins say that although sunlight inhibits viruses, the quantity required to do so will not be found at a day at the beach, nor will it reach internal viruses found in the mouth, nasal passages or lungs. A day at the beach AND social distancing need to be combined for you to stay uninfected. The greater the distance the better.

I cannot speak for every state sorely hit with high numbers of sick people due to the corona pandemic, but I can in the case of New York, because the facts are out there. On March 13 the Centers for Disease Control and Prevention and the Center for Medicare and Medicaid Services issued a directive to ALL THE STATES!

It said “Nursing homes should admit any individuals from hospitals where COVID is present,” apparently because of the crush of hospital admissions. The order came from agencies of the FEDERAL GOVERNMENT,and how long that stood in place probably had something to do with when all the extra beds were set up in hospital tents in Central Park, the American Hospital ship, and the gazillion beds in the Jacob Javits Convention Center, along with statistics that told of nursing home vulnerability. It is certain that more than just New York responded to that FEDERAL ORDER.

The Governor of New York ultimately countermanded the order. It is hard to find how many cases of COVID can be attributed to this order. Yet even after COVID patients are no longer being sent to them, nursing homes are huge spread sites, along with animal processing plants in a slew of states. Close contact of human beings equals huge disease spread, and that is an undeniable fact that should act as a warning to us all.

To his credit, Cuomo has repeated at almost every press briefing that the independent nursing homes have an obligation to report to the state when they feel they are unable to care for any of their patients, and the state will remove them to facilities that have the capacity.

Lastly, the assertion that those “large economically important states” with Democratic governors are “working to accomplish further damage” to the economy in order to “ensure the President doesn’t win re-election” makes the writer almost certifiable! Only a dedicated conspiracy enthusiast could believe that all these governors with sick and dying residents, lacking PPE for their medical staffs and getting exactly zero help from the federal government in that regard would choose this moment to intentionally commit economic suicide to affect anyone’s reelection.

These states with these governors did not get to be the top producers of the GDP of this country by inflicting pain on themselves to defeat Donald Trump! They took excruciatingly painful measures that were necessary to stem a tidal wave of death!

So what to do about this COVID-19? LEARN. If you went to college, hopefully you came out with the ability to be a life-long learner.

My suggestions to help you understand the nature of a pandemic (and thus where in it we happen to be) are two books and a panel discussion: 1)“Pandemic,” by Sonia Shah; 2) “The Great Influenza,” by John M Berry; 3) C-span2 (book notes discussion accessible on any device) by going to c-span.org. In the search box, enter Sonia Shah and then scroll down to the March 28, 2016 panel discussion of pandemics.

I promise you will learn a lot.

Newer PostHistoric Preservation Board to meet next week to discuss numerous request, including one from Catholic Church
Older PostOBITUARY: Marguerite Agnes East