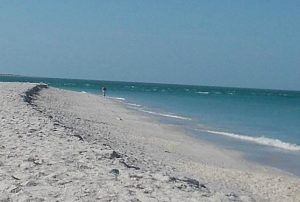 Hello and good day. I’m visiting here for the dual purpose of hunkering down during C19 and looking at some property for retirement half the year here, and the other half either in Singapore and Hawaii where I also have homes. I first came to BG during the 60s and thought it was paradise, the waters were like an aquarium, teeming with sea life.

Still doing the first, but after taking a look at and swimming in the green mess yesterday, gave up on the second. We have clearer sea water in Singapore, a nation of 5.5 million people and muddy river runoff given constant tropical rains and of course in Hawaii, crystal clear clarity.

I’ve read into the source of the problem by the Army Corps of Engineers inept decision making. I realize the corps has done its share of good deeds over many decades, but what happened here is nothing short of an environmental catastrophe – curious if this was undertaken with the explicit consent of the Florida DLNR? As George Carlin said so well, ‘never underestimate the power of stupid people working in large groups’. There had to have been another solution rather than destroying natural beauty that mother nature took centuries to create. Had the military done this in Hawaii, there would be hell to pay and rightly so. Or if this hit Mara Lago, God help the corps for they’d be all terminated immediately.

I hope things get better eventually, but I’d surmise if BG had such unsightly, murky ocean water way back when, it would have never grown into the world class small, charming community it is now.

… and maybe Boca Grande some day