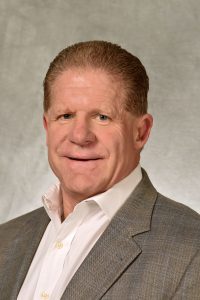 BY MARCY SHORTUSE- On the morning of Tuesday, Dec. 1 at 9:30 a.m., Lee County Commissioners will hear the findings of the Boca Grande Historic Preservation Board regarding the residential district nomination to the National Register of Historic Places, which will potentially decide the fate of the October nomination filed by Sarasota resident Mikki Hartig. The National Register nomination is consent item 5 presented by the County Attorney.

At their November 10 meeting, the local historic preservation board determined in a 4-2 vote that they were not in favor of the nomination. Now, according to the regulations set forth by the Department of the Interior Department of Historical Resources, if both the local historic board and the “Chief Elected Official” of the county (which would be Lee County Board of County Commissioners Chairman Kevin Ruane) oppose the nomination, it would not move forward to the state level.

“The proposed nomination does not appear to provide any benefit to the county as a property owner, creates possible legal issues regarding the county’s regulation of Gilchrist Avenue, and does not have the support of the Boca Grande community,” their memo said, in summary. “For these reasons, staff recommends that you oppose the nomination. Additionally, the Board could direct DCD staff to explore changes to the county’s historic preservation rules that would prevent a county-owned road right-of-way from being designated without the county’s consent.”

The regulations state that the decision by local and county officials can be appealed within 30 days, and there has been discussion amongst those who created the nomination to do just that.

If that appeal is filed and the State Historic Preservation Officer determines the property is eligible, the nomination process can proceed … even when it has been voted down on all local levels.

We will keep you posted on this developing story.