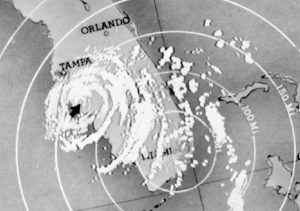 Should I stay or should I go?

In 1981 the English rock band The Clash produced a song with the lyrics, “Should I stay or should I go now? If I go there will be trouble, and if I stay there will be double, so come on, let me know.”

The two lines from that song describe the decision everyone must make if threatened by an approaching tropical storm or hurricane.

If you live in an area that has not been placed under an evacuation and the structure you will be staying in is well constructed, staying is a reasonable choice. Preparing for a few days without electricity and having a supply of water and food on hand will make that decision easier to live with. Putting up hurricane shutters and removing loose articles from yards will also mitigate the damage caused by strong winds.

If you live in an area that has been placed under an evacuation order, that decision has really been made for you. Evacuations are declared with the expectation of rising water, commonly known as storm tide. Storm tide is the combination of storm surge and normal high tide. Storm tide in past events like Katrina and Rita has been as high as 25 feet. Areas that have been ordered to evacuate have an elevation lower than the storm tide predicted by the National Hurricane Center.

The majority of the populated areas of Charlotte County are in one of the five evacuation zones, so depending on the zone you live in, evacuating well in advance of an approaching storm is by far the most reasonable choice.

“If I go there will be trouble.”

Because of the large number of residents who may be evacuating, traffic jams, lack of hotel space and interruptions in the fuel supply can be expected. The best way to mitigate those problems is to leave as early as possible. Choose your destination wisely, staying with friends or relatives who live nearby but out of the evacuation area would be the best choice. If that’s not possible, consider the area being evacuated. If the storm is affecting a large part of Southwest Florida, the Orlando area and the traffic concerns that occur there regularly may not be prudent. Evacuating to the East Coast, where hotel rooms are plentiful and host shelters could be opened may be easier.

“If I stay it will be double.”

That is probably a low estimate. If you stay in an area that is inundated with storm tide, your very survival is threatened. Once a storm makes landfall, emergency services are suspended, and first responders are unable to assist you. Although you can hide from the wind, there’s nowhere to go when your home begins to fill with water. It’s also very difficult to try and outrun a storm tide when the wind is blowing at 90 miles per hour. All the normal services will be interrupted, and the roads will be clogged with debris. Even if you are able to make it through the storm, it will be hours or in some cases even days before help can get to you.

Possessing the knowledge to make the right decisions is key to preparedness. Monitoring local television and radio during hurricane season is a great way to stay informed. Check the Emergency Management part of the Charlotte County website, and follow the links to the “Know Your Zone” page so you know your evacuation zone.

Sign up for the Alert Charlotte program at AlertCharlotte.com and receive important weather-related and evacuation information on your cell phone.We live in a spectacular area surrounded by the Gulf of Mexico, Charlotte Harbor, two rivers, and many canals.

As long as all that water stays where it’s supposed to be, we can continue to enjoy the beauty and opportunity of Charlotte County. But if a storm starts heading our way, ask yourself, should I stay or should I go now?

Everyone be safe. Jerry Mallet is the Charlotte County emergency management director.

Readers may reach him at gerard.mallet@CharlotteCountyFL.gov.