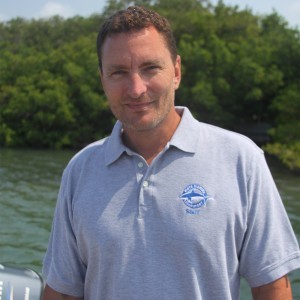 If you’re interested in learning more about goliath grouper and how they rely on the health of our water, you’ll want to attend a seminar on the island next Wednesday, Jan. 11.

According to Locascio, this is a new project that was started in June of 2016.

“Acoustic methods have been used to survey fish populations for a long time, the most widely used being sonar, which exists on almost every boat around here in the form of a fish/bottom finder. Other methods include passive acoustics, which only listens to sounds produced underwater by ambient sources, and sonic tags that are implanted on/in animals for tracking their movements. Each of these methods has been widely used. However, they have not been integrated in a complementary way, and that’s the purpose of this project,” Locascio said.

Because goliath grouper are large acoustic targets and produce high- level sounds, they were selected as a model species for this work. The spawning season for goliath grouper in south Florida is from early August through November.

Locascio said knowledge of spawning locations is important for connecting life history stages. The marine scientist is hoping that attendees will learn more about the use of acoustics for studying fish populations, especially spawning aggregations.

“I will also be showing what other kinds of sounds are produced by fishes and the value of collecting the data. More broadly, the audience will be able to appreciate how we are able to learn new things when we put multiple sensors in the water simultaneously,” he said.

Everyone is invited to come and enjoy complimentary coffee and pastries while learning about Mote’s exciting research directly from our scientists. The event is free, but organizers request that guests RSVP online ahead of the event. A presentation followed by casual conversation and a question-and-answer session will be the format for the event. You can register for the event and find more information by visiting mote.org.