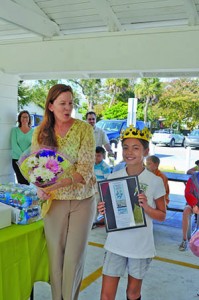 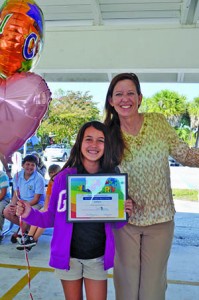 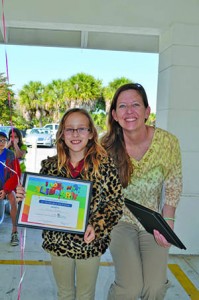 Three winners were announced from The Island School bookmark contest on Thursday, Feb. 18. The theme was, “I Love My Library.”

The kids enjoyed cake after the winners were announced. The annual event is sponsored by the Lee County Library system.

Newer PostInterested in this painting? You might win it if you attend the BIPS Green Gala
Older PostHistory Bytes: Fun with fishing through the ages