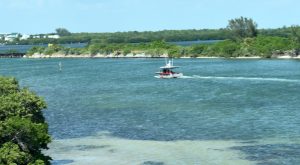 Boca Grande Fire Department and Charlotte County marine unit responded to a distressed boater and a possible drowning victim at 3:51 p.m. on Wednesday afternoon, Sept. 11, at the Boca Grande Causeway at the north end of the island.

The marine unit headed out toward Charlotte Harbor.

The report stated that they “may have picked someone up.”

Boca Grande Fire Department was dispatched as a “mutual aid.”

The rescue boats were headed to Gasparilla Sound when they disappeared from clear view.

The report also stated it was a “swift water rescue.”

The victim was allegedly rescued via a Charlotte County fire boat.