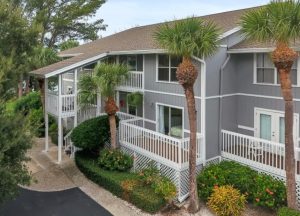 From now until March 15, 2020, a local couple will be donating all income from condominium rentals to the Bahamas to aid Hurricane Dorian victims.

More than $40,000 dollars has been raised so far to help aid the thousands of people affected by Hurricane Dorian in the Bahamas, and at the forefront of it all stands Boca Grande’s own resident, Lauren Pallardy.

Gasparilla Vacations partnered with Pallardy, who has been a frequent visitor for many years to the Bahamian town of Marsh Harbour, Abaco.

Lauren watched in horror as the second home she knew was ravaged by Hurricane Dorian. Knowing she must do something to help the people who have lost everything – their homes, livelihoods and even family members – she decided to collect donations from friends, family and the public and safely get them to the decimated islands.

Wanting to reach more people who would like to help but didn’t know how, Lauren started a GoFundMe page which, together with other private donations, has raised more than $40,000 to date, and that number is still growing.

Donations from countless businesses and the generosity of family, friends and strangers have made it possible to provide everything from generators, water and clothing to freezers and extension cords for those affected.

Lauren is adding to her growing list of ways to help. Owning a family condo on Boca Grande, she reached out to Bob Melvin and Gasparilla Vacations to partner up and help in the aid for the Bahamas. Gasparilla Vacations will manage the two-bedroom, two-bath Gulf-front unit at Boca Grande North completely free of charge, with all proceeds brought in from now until March 15. The money will be going directly to the Bahamas relief fund in Marsh Harbour, Abaco.

“Our family has always had a love for the outdoors,” said Lauren.

Her dad Peter, a Tampa native, has always focused his free time on hunting and fishing. He was a world-class skeet shooter in his younger years, traveling extensively to compete in skeet shoots, so naturally one of his favorite hobbies was bird hunting. Peter and some friends were scheduled to travel to Columbia in February of 1979 to go duck hunting when the outfitter called days before their departure, canceling the trip due to political uncertainties in the country that  made it unsafe for them to travel. Peter and his friends were left standing, bag in hand, with nowhere to go. A friend of theirs suggested they go to the Bahamas to shoot ducks. Not knowing anything about the Bahamas at this juncture, Peter and his friends were hesitant to change their plans and jump on a plane, but they decided to do it. A few short weeks later, Peter and his friends were sky-high, headed to Marsh Harbour, Abaco, Bahamas.

“Upon their arrival, they were greeted by Percy Albury and Andy Sawyer, who welcomed them in

a way that my dad can only describe as ‘instant friendship,’ ” Lauren said.

Since that first trip, the families have been close friends. Peter has traveled to Abaco annually to hunt, fish and dive. Eventually, the Albury and Sawyer families began making annual trips to Florida to hunt with the Geraci family at their ranch in Myakka City. “It is just a tradition at this point,” she said. “We don’t miss a trip to go diving, and they don’t miss a trip to come hunting. We all truly look forward to it every year.”

The friendship and traditions have now been passed down to the next generation. Lauren and her cousin spend as much time as they can with these people, diving in the Bahamas and hunting in Florida. Lauren has spent a significant amount of her time in Abaco, including the majority of her birthdays there.

Freediving is now one of Lauren’s favorite hobbies.

“These friends instilled a love for the water in me and taught me everything I know about diving from a young age,” she said. “I’ve been fortunate enough to dive in a variety of locations around the world, but there’s nothing quite like the Bahamas. It’s hard to beat the clarity and temperature of the waters, and the ample marine life that it houses. Going there is like going to a second home,” Lauren said.

“Partnering with the Pallardy/Geraci family is something we are excited about,” said Rob Domke of Gasparilla Vacations. “Having sponsored and hosted multiple local events since Gasparilla Vacations began in 2017, the commitment to bettering not only our beautiful island of Boca Grande but to also support others in their quests is one we strive to be a part of. We look forward to managing this wonderful opportunity and are grateful for the chance to help restore hope, and good fortune to the people of Marsh Harbour.”

For details about renting the two-bedroom, two-bath condo, visit gasparillavacations.com. To donate to the cause, visit to the gofundme.com/f/Helping-Hands-for-Abaco.