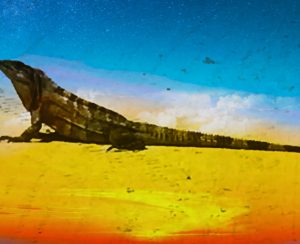 STAFF REPORT – If you’re a Gasparilla Island resident whose home is in Lee County and you have a driving urge to help fight the battle against the insurgent spiny-tail iguana, we have an opportunity for you.

Lee County has announced two open positions on the Gasparilla Island Municipal Services Taxing Unit Board, the purpose of which is to provide a budget estimated for maintenance of street lighting in the jurisdiction and for invasive exotic animal species control. Current board members include Skip Branin, Joan Hall and Robert Vanyo.

Meetings are infrequent – to say the least – but knowing you are doing your part in the battle against the scaly invaders is priceless.

Interested parties can apply via the form available at leegov.com/budget/mstbu/forms.