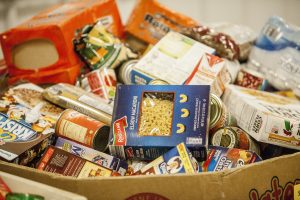 STAFF REPORT – If you’re leaving the island for your other residence soon, or even just beginning to think about it, here’s another thing to think about. Donating your non-perishables from your pantry would be a tremendous help to many right now. You can even drop it off locally, at the Paradise Exclusive (Parsley-Baldwin) office on 4th Street next to Fugate’s.

The Englewood Helping Hands Food Bank in Englewood, located just behind the Englewood Methodist Church, has been helping families in need during this financial crisis, and their own pantries are more than a bit bare. According to island food drive coordinators Nick Kaiser, Jane Caple, Jim Cochrun and Chris Rembold.

Island food barrels were picked up earlier this month and stored for the season, but food drive coordinators know the need now is greater than ever. With everything topsy turvy right now, the Harry Food Chapin Food Bank was unable to provide a truck to pick the food barrel goods up, so local Realtor Jim Benson of Paradise Exclusive stored the food in an air-conditioned storage facility, then delivered it to Helping Hands Food Bank. Many thanks to him, and to you, if you can donate.

By the way, because the food barrel food was taken to another location, the Lighthouse United Methodist Church of Boca Grande Missions Committee made a donation of $5,000 to the Harry Chapin Food Bank. 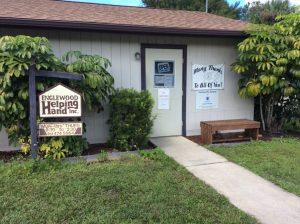 Newer PostCalling all ‘Quarantine Queens’ … the time to fish is this weekend!
Older PostShort-term rentals discussed (and what is a residential use?) Part III: Items to be addressed by the Boca Grande Community Planning Association