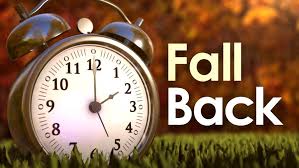 While it might be nice once a year to feel like you’re getting an extra hour of sleep, waking up in the dark isn’t the easiest thing for a lot of us to do. For kids who have to get to the bus stop, and for people who have to ride bicycles or walk to work, it can be downright dangerous.

If you’ll recall, we had a push in the last two years to take Florida out of the daylight saving time loop. Many thought it was a done deal … but it’s not. Even with legislation passed to end it, it will only happen if Congress amends the United States Code.

Some lawmakers are hoping this is the last time we have to change our clocks here in the Sunshine State.

Senator Marco Rubio and Senator Rick Scott are pushing hard to abolish the practice in Florida, and others have pledged their support as well. As a matter of fact, our state has become a leader in the argument that DST is pretty ridiculous.

The problem is, individual states don’t have the power to govern themselves when it comes to time change. A republic just isn’t as much of a republic as it used to be.

The first our nation heard of daylight saving time was in World War I, when it was implemented (in 1918) to save energy for the war effort. Congress backed it up In 1966, when they approved the Uniform Time Act. Then in 2007 it was extended to eight months – from the second Sunday in March to the first Sunday in November.

So if you think it’s dark now when you get up to sip your coffee and contemplate the day, wait until Monday morning. But do enjoy that “extra” hour of sleep Saturday night.

Marcy Shortuse is the editor of the Boca Beacon.
She can be reached at mshortuse@bocabeacon.com.

Newer PostObituary: Henry Clyde Lomax
Older PostMany thanks to those who save lives every day