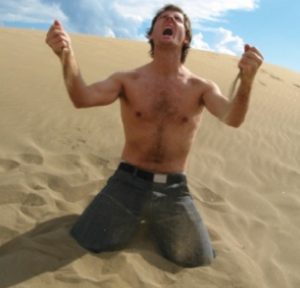 It’s that time of year again when you’ll find workers and residents, weapons in hand, scouring the land for sustenance. It’s a battle royale as pickings are slim and survival instincts kick in.

Well, it’s not that bad … but it feels like it sometimes.

Hudson’s Grocery will be closed for their annual cleanup/rearranging/ karmic cleansing that leaves us crawling through the streets with concave abdomens and a driving desire for Chef Jim’s shrimp and grits.

They will be closed beginning this Saturday, Sept. 15 and will reopen again on Tuesday, Sept. 25.

So remember, you can still stop at the Pink Pony, the Inn Bakery (Wednesday through Sunday), Kappy’s Market or Kappy’s downtown (newly opened!) for quick food, and The Outlet or South Beach for sit-down service.