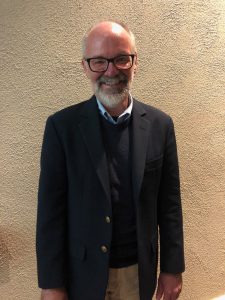 BY OLIVIA CAMERON – On Tuesday, Feb. 4, the Boca Grande Historical Society and History Center invited the community to partake in a documentary premiere of the story and restoration behind the Mayflower II.

“Mayflower II: The Story Sails On” features a multi-year restoration made possible by the partnership of the Mystic Seaport Museum and Plimoth Plantation. The exclusive clip shown is just a piece of an upcoming NBC hour-long documentary. It was designed to have the same effect as a silent film, where less audio gives the audience more to focus on.

The slice of the documentary featured for the Boca Grande area provided a modern story of a historical event.

This incredible story of a vessel began in 1620, when the original Mayflower vessel set sail from Plymouth to Cape Cod. This 66-day journey that held Protestants in cramped quarters and poor conditions is highlighted to commemorate their settlement in America.

Alongside the journey, the Mayflower Compact that was drawn up became an important beginning to New World self-government. The Pilgrims created the agreement in order to structure their differences while traveling and caring for those in need.

The contract created shows the reason society can only improve when working together despite the circumstances. “We are all fighting separate wars,” said Pickering, “but we all love this nation equally.”

Between 1955 and 1957, Mayflower II was reproduced as a same-size replica of the original vessel. Over the past 50 years, this recreation has continued to sail from Plymouth, England to Plymouth, Massachusetts. The Museum’s maritime artisans make the extensive restorations with dedication and skill. The documentary follows the 2016 to 2019 restoration.

Pickering said, “the legacy of what happened in 1620 is still shaping us today.”

The meaning behind this legacy provides Pickering with the inspiration to give society a sense of pride in their citizenship. As a historian, he feels he must take on the responsibility to carry our past into our future generations.

Recorded descendants of the Mayflower famously include Marylin Monroe, Franklin D. Roosevelt and a portion of the Bush family.

Even though the record shows that 25 to 32 million people globally are living descendants, Pickering believes everyone should feel a relation to the event.

“Every life changes history. Every life is significant,” said Pickering. “I believe we need to look backward if we are going to move forward.”

This year, the ship will see its 400th anniversary and is to be celebrated by the replica’s return in Boston, Massachusetts. From May 14th to the 19th, a six-day festival will take place as the USS Constitution will lead the ship into the Charlestown Navy Yard. On May 21st, the Mayflower is coming home to the DCR Pilgrim Memorial State Park in Plymouth and will be open for visitation.